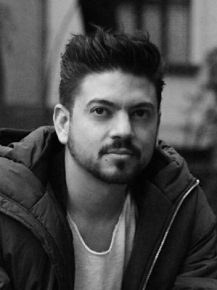 Manu – Communicator by studies, but visual artist by birth, Manuel has always shaped his ideas the moment they came to his mind, even before learning to take his first steps.

His career in advertising began in 2005, collaborating in various projects such as agencies, photographic studios and NGOs. This period helped him strenght his commitment to goodwill and social awareness, while building his current expectations of advertising, where more than selling, its importance lies in generating changes in the environment through connecting people with their real needs.

Knowing that ideas are overrated and that they need to be implemented in order to bring them to life, he took a big step joining Lowe in 2007. He worked with brands such as Axe, Knorr, Rexona, Unilever, Grupo Modelo, Papalote Museo del Niño and, specially, with Camel, brand that challenged him to find new ways to innovate in the communication for a brand, for which, everything was apparently already said.

His impact with Camel was such that the acquired learning led him to later participate in international pitches for the tobacco industry in cities such as Madrid, and to travel to China to collaborate in Camel projects with the Chinese market.

Currently, as Creative Director at Oveja Negra Lowe, he firmly believes that teamwork is crucial to create great things. He believes in new talents and follows the latest trends closely. Thanks to this, he has managed to grow the Social Media area, by gathering data and interpreting the conversation to turn them, together with digital platforms, in strategies that defy and contribute to both brand and audiences. His biggest goal is to keep changing the perception and the way in which social media is made in Mexico and all around the world.